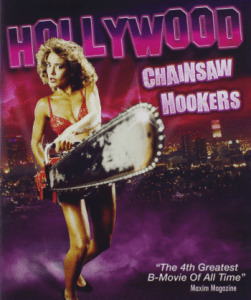 With the recent passing of screen legend, Gunnar Hansen on November 7, 2015, I thought I would revisit the classic Fred Olen Ray film,  “Hollywood Chainsaw Hookers”.

For those that haven’t seen it, Hollywood Chainsaw Hookers is pure B-Movie gold.  The movie meets all my criteria for a solid, fun film – Comedy, a decent dose of T&A, gallons of splattered blood as well as a solid cast of B-movie staples and a role played by horror icon, Gunner Hansen… Not to mention, a topless fire-eater and an epic chainsaw duel! 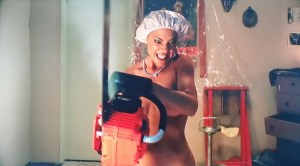 The story begins with film noir-esque private detective, Jack Chandler (Jay Richardson) who has been hired by the mother of Samantha Kelso (Linnea Quigley) to find her runaway daughter. At the same time, Hollywood has been hit with a wave of brutal chainsaw murders.  Unsurprisingly, the two paths soon cross.

I had stumbled into the middle of an evil, insidious cult of chainsaw worshiping maniacs. I had to wonder if we’d let our religious freedom go too far in this country, or maybe our immigration laws were just too lax. – Jack Chandler 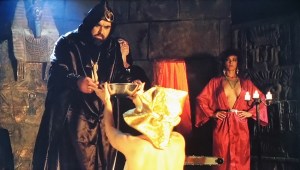 Jack has a visit with the local police chief.  While there, the police find a paper bag containing more clues likely linked to the chainsaw murders.  Along with the severed fingers and condoms found in the bag, there is a matchbook with the name Mercedes and a phone number inside.  After calling the number, Jack arranges to meet with Mercedes (Michelle Bauer) at a bar, and while there, serendipitously, notices his missing person doing a strip show. Before he can get any answers, Jack is drugged and wakes up tied to a bed.  Normally waking up on a bed with Michelle Bauer and Linnea Quigley in the room wouldn’t be a bad thing at all.  Unfortunately for Jack, the girls are members of a chainsaw worshiping cult, led by an unnamed character played by Gunnar Hansen.  Hansen was best known for his role as “Junior” (AKA: Leatherface) in Tobe Hooper’s monumental horror masterpiece, The Texas Chainsaw Massacre.

Hollywood Chainsaw Hookers is a thoroughly enjoyable film.   It’s pretty funny throughout, the story is completely bonkers, and Michelle Bauer  and Linnea Quiqley get plenty of screen time.  Actual gore is minimal, but there is no shortage of blood and rubber body parts flying across the screen.  The film was shot over five and a half days with a budget under $60,000 using a lot of borrowed sets and equipment.  This in itself is a testament to Fred Olen Ray’s resourcefulness and dedication to making good entertainment.   There are plenty of reasons this film became a worldwide sensation, and one of my personal favorites!

Rest in peace, Gunnar.  You will be missed! 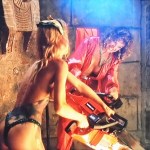 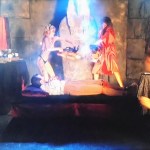 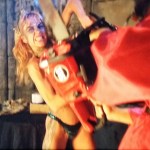 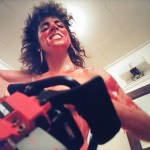