Lemora: A Child’s Tale of the Supernatural 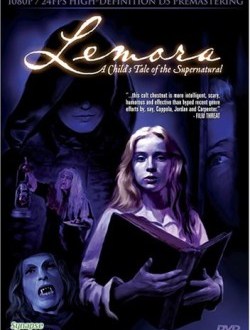 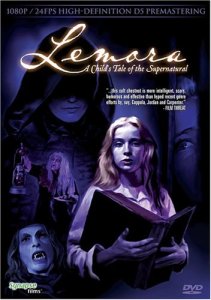 Mix a wholesome, innocent church girl with an estranged gangster for a father with a litany of the “deadly sins”, vampires and barking zombies, you essentially have Lemora: A Child’s Tale of the Supernatural .

This film was completely off my radar.  Luckily, after hearing some discussion on this title, I was able to come across a copy. The film was pretty strange, but in a good way.  This depression-era story revolves around thirteen year old Lila Lee (Cheryl Smith), a devout Christian and ward of the church.  Lila’s father, Alvin (William Whitton), is wanted by the police for various crimes including the double murder of his wife and her lover that the film opens with.  For the past few years, Lila has been under the care of the church minister, played by Richard Blackburn.  There is frequent dialogue about not judging the child for her fathers sins.  After her mothers murder, Lila receives a mysterious note stating that her father is dying, and wishes her forgiveness.  She is to travel to a town called Asteroth to meet him.

Being a good and forgiving Christian, Lila embarks on a journey fraught with dangers to visit her father for the last time.  Once she leaves the house, virtually everyone she encounters is portrayed to be of low moral character.  Adulterers, drunks and prostitutes abound as she begins her quest to see her father.  The way the men she encounters along the way lust after her is probably the most disturbing element of the movie.  While I’ve read that Cheryl Smith would have been nearly 17 at time of production, she sells her character’s age very well, and completely looks the part.

After Lila’s bus to Asteroth stalls, she gets her first glimpse of those described with the “Asteroth Look” -people that have been “out in the woods too long”.  These seem to be zombie- like creatures that inexplicably howl and growl like wolves, and roam in packs.    No real explanation was given to their existence, but there are several hints at Asteroth being generally cursed and dying.  Lila lets off the parking brake and coasts downhill until she loses control of the bus and crashes.  The growling zombie people come after her again, but she is “saved” by mysterious figures in dark cloaks.

Not long after, Lila meets Lemora (Lesley Taplin), a mysterious woman that will later be revealed to be the leader of a brood of vampires. Lemora is intent on removimg Lila’s purity and adding her to the brood.  At this point in the movie, there are a series of confusing and poorly shot segments that attempt to show the struggle between Lila and Lemora that brings the film to its conclusion.

So, Is the movie worth watching?  For me, the answer is “yes”.  It certainly isn’t fast paced, or gory.  There aren’t any real scares here.  All expenses were spared on the special effects and makeup.  Save Cheryl Smith, the acting and dialogue was mediocre. From the standpoint of simply asking if the movie was well made, I would have to say that it wasn’t.  What captivated me was the general discomfort I felt as Lila was taking her journey, and trying to preserve her innocence.  The overall atmosphere of the film was dark and eerie, aided in no small part by the supporting cast.  While it’s not a movie I think I would find myself re-watching regularly, I am glad I saw it.

Bottom Line: Not for everyone, but if you like vampire stories, or just want something different, you should give it a chance. 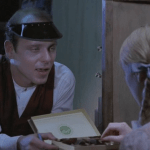 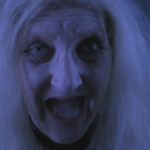 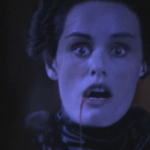 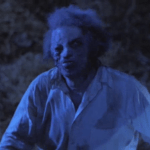 Lemora: A Child’s Tale of the Supernatural

Sugar Hill (1974)
A quick note from The Fanatic